Using a vehicle without driver is not only privilege of land and air transport. Probability that crewless ships transport automotive cargo increases from day to day.

It is very possible that in nearest decade we will see ghost ships without crews delivering cargoes to their destinations, including the Baltic Sea region. Sea transport will be controlled from land. This technology is being tested for cars and trucks.

Some would say that crewless ferries seems a distant future, foreign experts are sure that the biggest gain will be for automotive transport companies, the realization of the idea depends on many factors. How would these ghost ships impact on transport field in the Baltics?

Vehicle transporting company’s “Kurbads” logistics team has its opinion: “If everything goes as foreign experts say, it would greatly benefit our company and clients especially regarding quality of cargo transporting, because sometimes vehicles are damaged mostly due to human errors. Important aspect is the loading process – how fast and safe would it be when fully automatized. For land transport human factor is very similar, so we closely follow technology development for whole transport field.”

Senior shipping consultant at “Dynamar”, shipping consultancy company, Dirk Visser is sure that “I think if there is one shipping industry sector that might be interested to take the initiative, it would be the car carrier industry, because they are serving cargo shipments that are at the forefront of automation; the autonomous car itself.”

Crewless ships are not revolution in science: “This technology is already freely available in the market. Its advantages are clearly demonstrated in “Google” car that operates without driver. But this technology must be implemented in maritime transport and tested,” says Hans-Anton Tvete, senior researcher for maritime transport at DNV GL’s Strategic Research and Innovation unit in automotive journal “Automotive Logistics”.

He says that Ro-Ro (roll on/roll off) ships without crew will be useful: “Despite the fact that ships will be slower, we believe that thanks to more frequent trips, higher availability and improvements in functionality they will be able to successfully operate in the field of automotive transport.”

“Kurbads” logistics manager in the Baltic States Toms Hartmanis points: “As this technology will keep on developing, it will be very interesting to see, how the vehicle loading and unloading on the ferries will happen, because now those process ask for big human resources.”

Impact on transport field in the Baltics

“The biggest beneficiary of the new technology would be the shipping companies, who could reduce long term costs and region’s ecology because of improved fuel economy. More frequent, but slower trips mean that we will need to change our planning of logistics so every client could get their cargo at least as fast as now,” says Hartmanis.

Headquarters of the Baltic Sea’s automotive transport are Ventspils and Klaipeda ports where vehicles are transported from Lubeck’s port in Germany and Karlshamn’s port in Sweden. Important logistics’ point is Estonian port Paldiski, where cars from Malmo, Bremerhafen and Hanko are delivered.

In the Baltic Sea there are no huge intercontinental Ro-Ro type transport ferries, because they need to be fully loaded all the time. In the Baltic Sea smaller Ro-Ro ferries are common, heading from Malmo to Paldiski and further to St. Petersburg.

Maritime transport without crew would significantly reduce company’s costs. Consultancy firm “Moore Stephens” has published data that 44% of the transport costs are related to the crew. Living space on the ships would be unnecessary providing more space for the cargo and making the ships lighter.

Hans-Christopf Burmeister, coordinator at the Fraunhofer Center for Maritime Logistics and Services in his research assures “fuel consumption because of lower speeds could decrease even up to 50%”.

Hartmanis objects: “In the logistics one of the most essential aspects is the speed. If crewless ships will become slower, it means that client, who wants to buy a new car, will suffer – it will take more time to deliver the exact model. It is one of the flaws of the new technology. Lower costs for maritime transport companies would hardly affect the price of the new vehicles at the car shops. Biggest beneficiaries would still be maritime transport companies, not the final consumers.”

Safety is mentioned as one of the biggest gains regarding crewless ships. “Research shows that 85% of the accidents at sea are more or less connected to the human factors. We believe that increasing the level of automation has the potential to reduce the number of accidents,” Tvete is confident.

Researchers of innovative systems think that one of the biggest problems of today’s shipping – the piracy won’t be a problem. Mostly because the crew, not the cargo is the main aim for the pirates. And second of all ships could easily be adjusted in the way that pirates would have much harder time getting onboard. 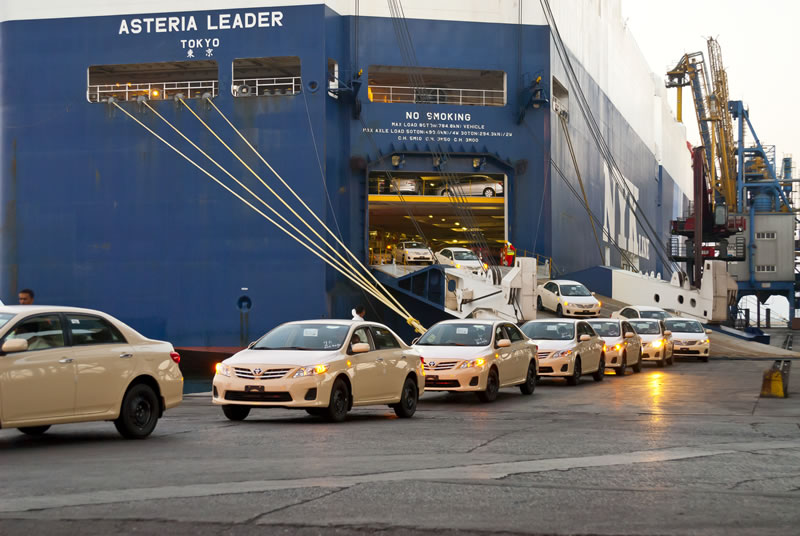