Kurbads employees prove themselves in the “Strong race”

Annual competition for bravest Latvians – the Strong race was attented by transporting company Kurbads' team which participated in the elite group of team race.

Competition is a real test for testing willpower and physical condition and it takes place at the “Cinevilla” movie shooting studio.

“Kurbads” team's lineup – Linda Leimane, Kristaps Rukmanis, Rinalds Osis and Edgars Krievāns all had experiece from previous year so the preparation was much more sophisticated.

As every year this time organizers had taken care of new obstacles to challenge and this made Edgars Krievāns a bit nervous: “I am well prepared for the race, but I am a bit worried now,” shortly before start he admitted. His colleague Kristaps Rukmanis was feeling great: “Always ready!”

From more than 4000 participants “Kurbads” team achieved great result and finished as one unit. “I am very satisfied with our team work. Our primary target to be in the front of hockey team “Kurbads” we achieved. So we are proud.”

More than 10 participants were taken to the local hospital. And it proves that it was not an easy walk in the park. Rinalds Osis also twisted his ankle, but had the courage and willpower to go till the end. 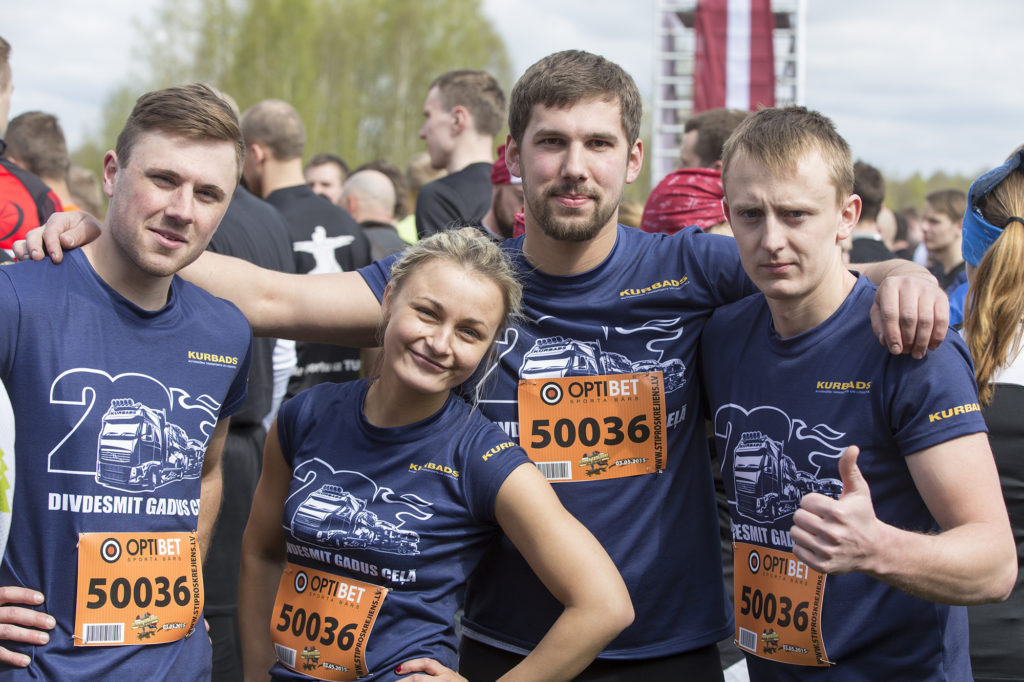