On 17th of August, a distinct vehicle arrived at Kurbads automotive logistics centre. The specially equipped Porsche Cayenne has faced and successfully completed many long distance driving challenges as a part of 'The Longest Drive'. They have previously set a record of being the first people to drive the longest possible distance inside the same line of latitude in Eurasia, covering 7,959 miles in five days, 21 hours and 14 minutes.

The team of the last challenge was made up of Jan Kalmar from Denmark, an advanced driving instructor and team manager in motorsport, Sebastian Bierhalter from Germany who is a car technician but wants to see the world though the front screen of a Porsche Cayenne and Michael Griffith, an adventurer who has taken part in several Paris-Dakar rallies. They planned to drive 12,500 miles for the “North South Run”. Starting in Nordkap, Norway – the northernmost tip of Europe on May 2nd – and driving via London, across Europe to Turkey, and after a short sea crossing, south through Africa and onto Cape Town, before finishing in Cape Agulhas, South Africa, – the southernmost point on the African continent.

The aim was to break the record for driving North to South in the quickest time and the historic London–Cape Town record. As a large part of the expedition was spent in Africa, they decided to support a charity – Farm Africa, a charity that pioneers techniques that boost harvests and reduce poverty.

They were planning to drive as efficiently as possible with the minimum amounts of stops or time spent out of the car. The car was specially equipped for this: the standard seat was taken out from the back of the car and a nearly horizontal Recaro seat was put in for maximum comfort. There are several other special features, for example, a safety cage and a bull bar.

We wish the adventurers the best of luck in all of the challenges to come! You can follow their progress at www.thelongestdrive.net 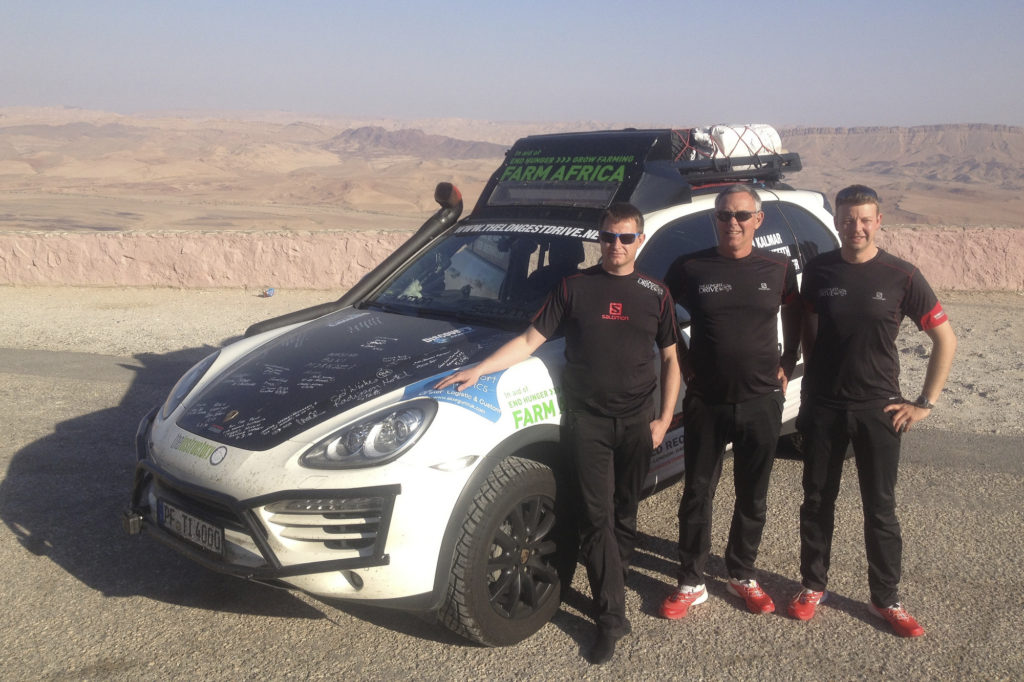