McLaren “650S”, the latest supercar from McLaren is one of the most interesting additions to the clients list of vehicle transport company “Kurbads”. The car is challenging the top shelf Ferrari and Lamborghini models for the best supercar title.

McLaren is a small manufacturer located in Woking, England, about 30 miles from London. It’s well-known in elite racing circles such as “Formula One”, but has also produced some road cars to compete with other elite brands. Among many car enthusiasts in their mid-20s to mid-30s, McLaren’s original road car the “F1” still stands as a dream car for its dedication to raw speed and simplicity. The company has always embodied this philosophy.

The “12C” model, “650S” predecessor was a good car but not the best the McLaren can master. It was criticized for some aspects. And the factory listened. The “650S” contains 25 percent new components – the engine is more powerful and also the engine tune is much more aggressive. The “650S’s” front end appears meaner than the 12C’s, with an arched front bumper and serpentine grille that looks more similar to the iconic McLaren “P1”. Clients wanted a more dramatic car and a more dramatic car is what they got.

The 3,8L V8 twin-turbo has become stronger after modifications generating 641 HP. The added power comes in courtesy of new pistons and heads, revised cam timing, new exhaust valves, and a new exhaust system. Choose a middle gear, settle into middle revs, and prepare for the rocket launch! Floor the throttle and the McLaren’s newfound surge is thunderous.

But impressive as it is, the engine isn’t the best bit of McLaren “650S”. It's the chassis. You can feel every law of the physics at work in the “650S” and it makes the car easy to maneuver. Only few cars communicate each individual wheel’s amount of grip with such clarity. The “650S” signs you with its behavior when the driver is approaching his limits. The stability control and brake-steer setups have a steely resolution to clamp the car rigidly to the path you’ve steered. The recalibrated dynamic rear wing that contributes to a 24-percent increase in downforce at high speeds.

This is a supercar for people who don't want a Ferrari. That is how car journalists describe the “650S”. Italians build look-at-how-awesome-my-car-is cars, replete with matching interiors. McLaren is a company that builds race cars. 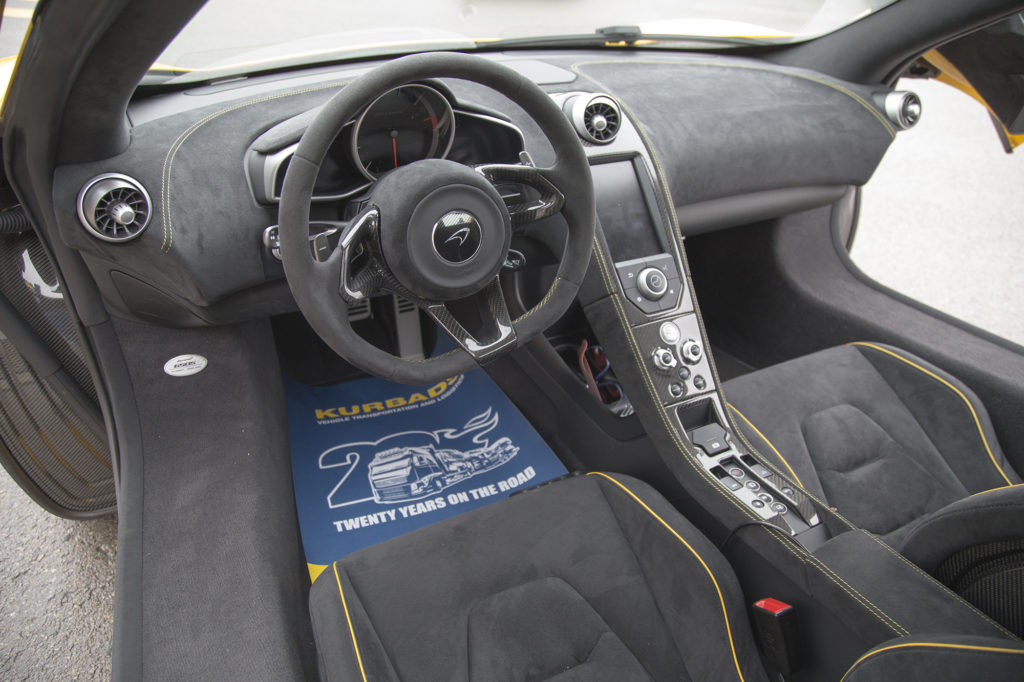