The conveyor stood next to army trucks, its dimensions were fit for an ambulance; this doesn’t sound exactly like perfect conditions for manufacturing a good-looking car… Škoda 1200 has a clear, intelligent design, and it proves the opposite.

In cooperation with Normunds Avotiņš, Kurbads continues its series on exclusive retro and sports cars. This time Kurbads transported Škoda 1200 produced in 1955. This historic car traveled from Finland (https://koskinimport.com/) back to its country of origin, the Czech Republic.

The reputation of Škoda’s branded cars is as simple as a multiplication table – they are durable and reliable, and they can be purchased for a reasonable price. In most cases they are rather good looking, but rarely exceptionally beautiful. This however is the case of Škoda 1200 from the 1950s. The car is not a luxury model, but a consumer product “for workers and families”. At least that was the original idea.
The post-war years were grim for Škoda. In February 1948, the Communist coup pushed Czechoslovakia into the bloc of socialist states, under the “care” of the Soviet Union; with all the resulting consequences. Planned economy separated the automaker from the pre-war industrial conglomerate Škoda Works and transformed it into AZNP, or Automobilové závody, národní podnik. (Car Factory, State Property).

A design that inspired Ford

The design of the new model was undertaken by AZNP’s chief engineer, Vladimír Matouš, and designer Josef Velebný, who counts in the Škoda company as no less of a legend along the likes of Béla Barényi in Mercedes. There is little doubt that Škoda 1200 designers inspired 1949 Ford, Fiat 1400 and most particularly the 1947 Kaiser Special. The prototype was completed in 1949 with a factory number, and it immediately stood out for its fashionable pontoon bodywork look, fitted with eight screws unto the backbone frame that had once been developed by Velebný, this time from steel. 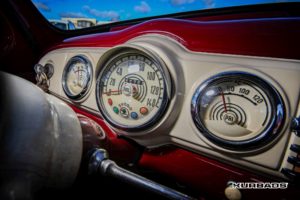 Škoda 1200 and the ambulance

The first complications were set up by the government’s order that required that ambulances be manufactured along with the sedan and the universal. The original 2485 mm wheelbase turned out to be too short for patient transportation, so AZNP offered an extended version of 2785 mm. This solution, in turn, was rejected due to costs, so a compromise was finally reached – 2685 mm or 20 cm longer than the prototype. Due to the extended wheelbase, Škoda 1200 was elegantly proportioned, so in essence the car became more beautiful because of an ambulance. In many ways 1200 was a pioneer. It was the first Škoda that used a winding tunnel to clarify the design, the first with hidden door hinges and immersed door handles, and it was the first Škoda with normal rather than suicide doors hinged from the rear. 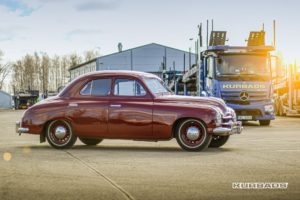 Additional challenges from the government

When the technical challenges were finally overcome, the communist government intervened, ordering… to stop the development of Škoda 1200 and to dismantle some of the equipment already installed. The reason was the intention to transfer it to Mladá Boleslav for the production of Tatra 660 Tatraplan, thereby freeing up production capacity for the production of the army car Tatra 128. The first Škoda 1200 rolled off the conveyor belt on July 11, just a month after the Tatra gamble. Only sedans were produced in Mladá Boleslav. According to the VIN number, the dark red copy transported by Kurbads was made there as well.

Even though it may seem hard to believe, the Czechoslovak government tried once again to sabotage the production of Škoda 1200. This time, the focus was the army truck Tatra 805 (something similar to Soviet GAZ-66), designed to mount in parallel to the sedan.

A car on par with those in the West

As you can see in the pictures, Škoda’s 1200 front seat is one-piece. Since the car came out relatively wide, the gearbox lever is on the steering wheel; and thus the sedan actually has six seats. An interesting feature is the windscreen, which consists of two parts. Although the technology at the time allowed for the production of a one-piece windscreen (the proof is a panoramic rear glass), Velebný leaned in favor of a two-part windscreen due to better aerodynamics. 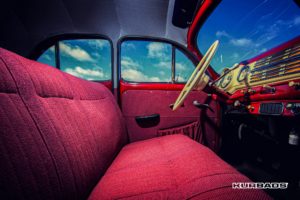 Škoda 1200 is not only a rather appealing looking vehicle for the Soviet bloc countries, but also a symbol of non-violent resistance against the Soviet-imposed system. With intelligence, creativity and cunning, the Czechs managed to create and produce a car on par with those in the West, which despite its weak engine, was durable, economical, and drove well. Since the car turned out to be too expensive for the average Joe despite the initial plans (300,000 Czech koruna or 30,000 after the monetary reform), it was purchased by 74 (!) individuals in 1953. 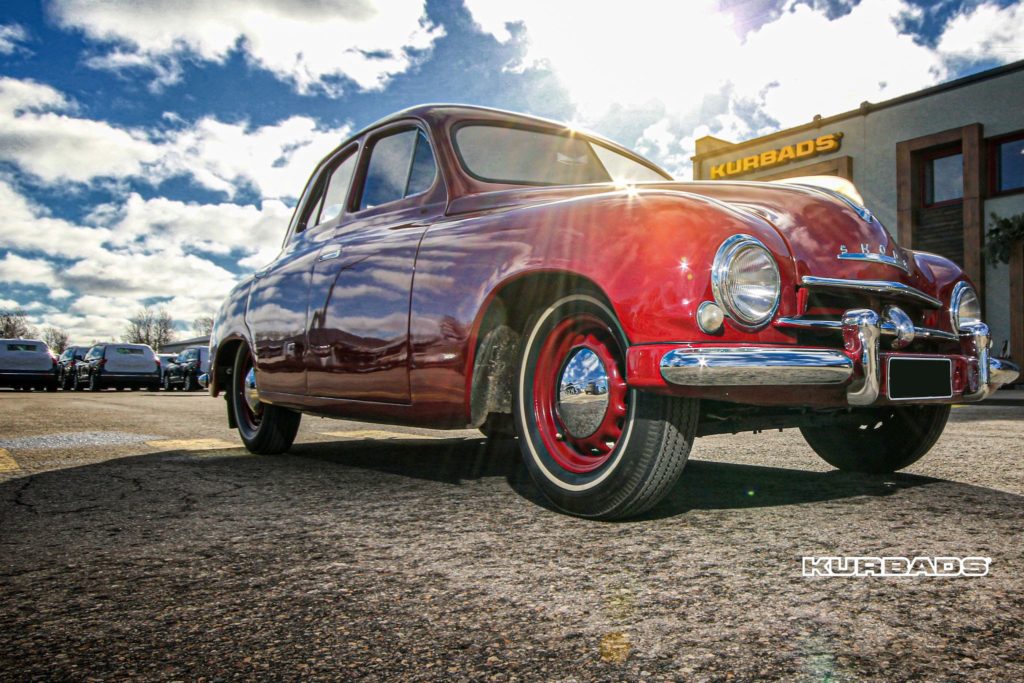 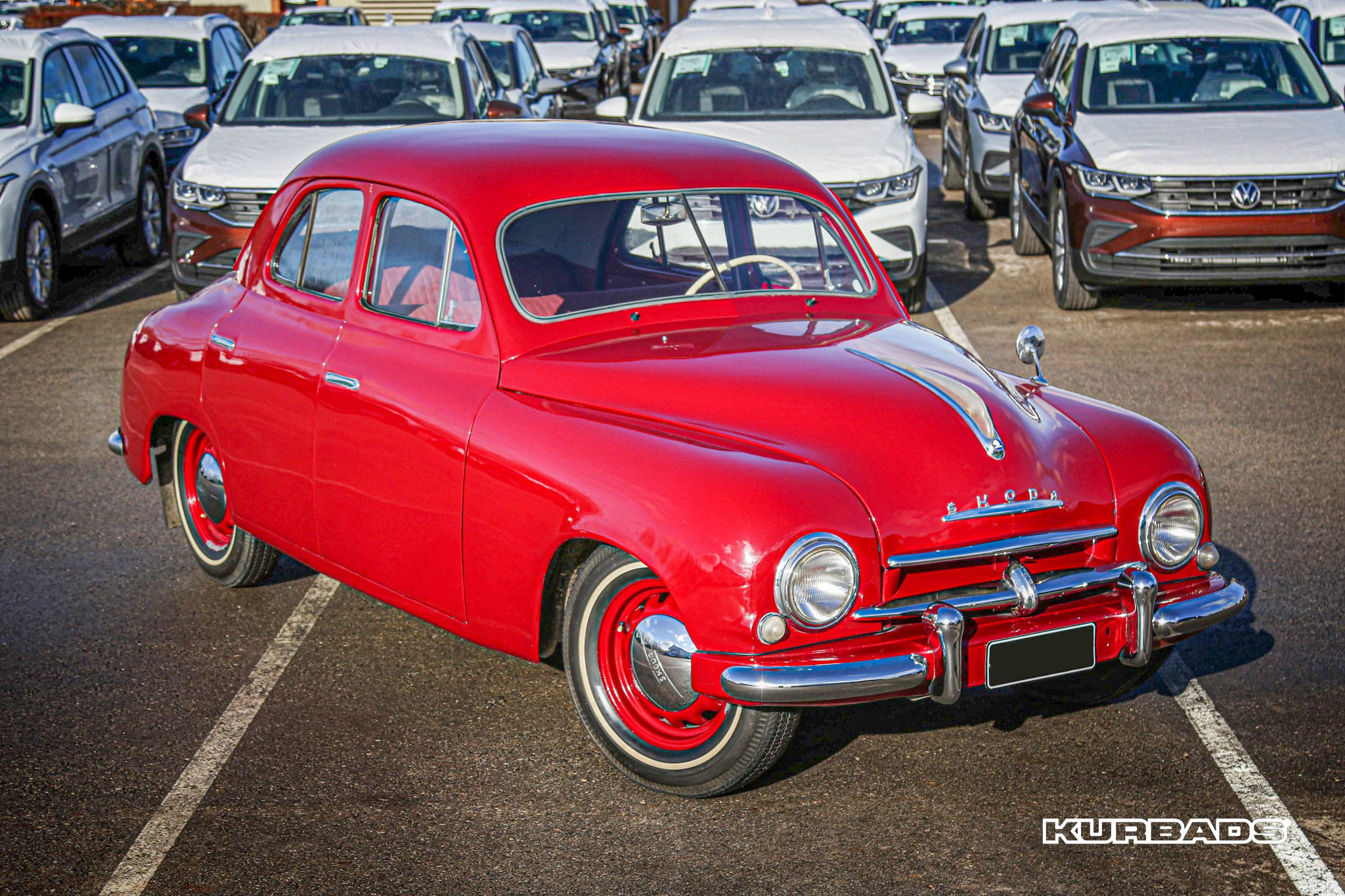 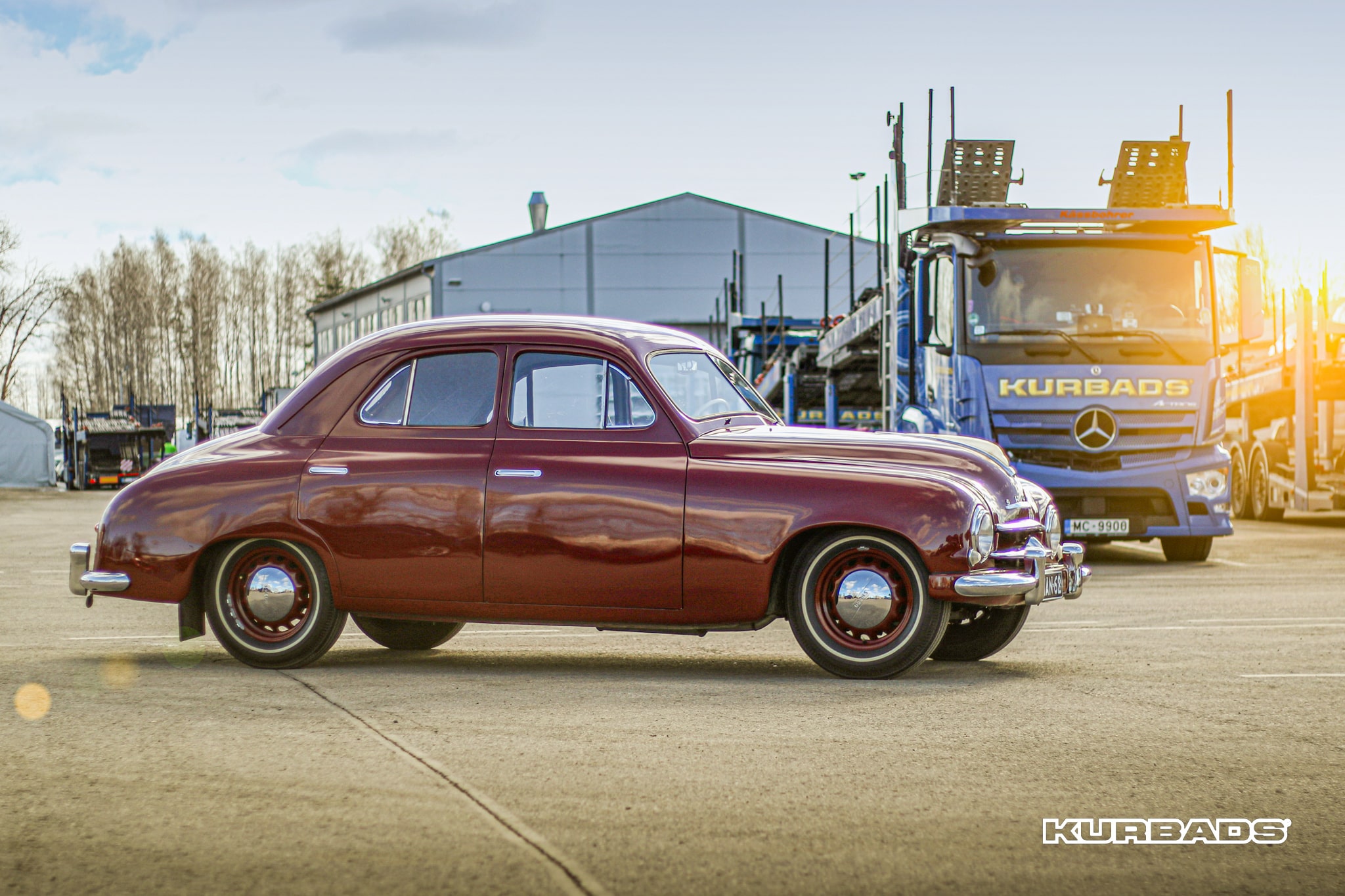 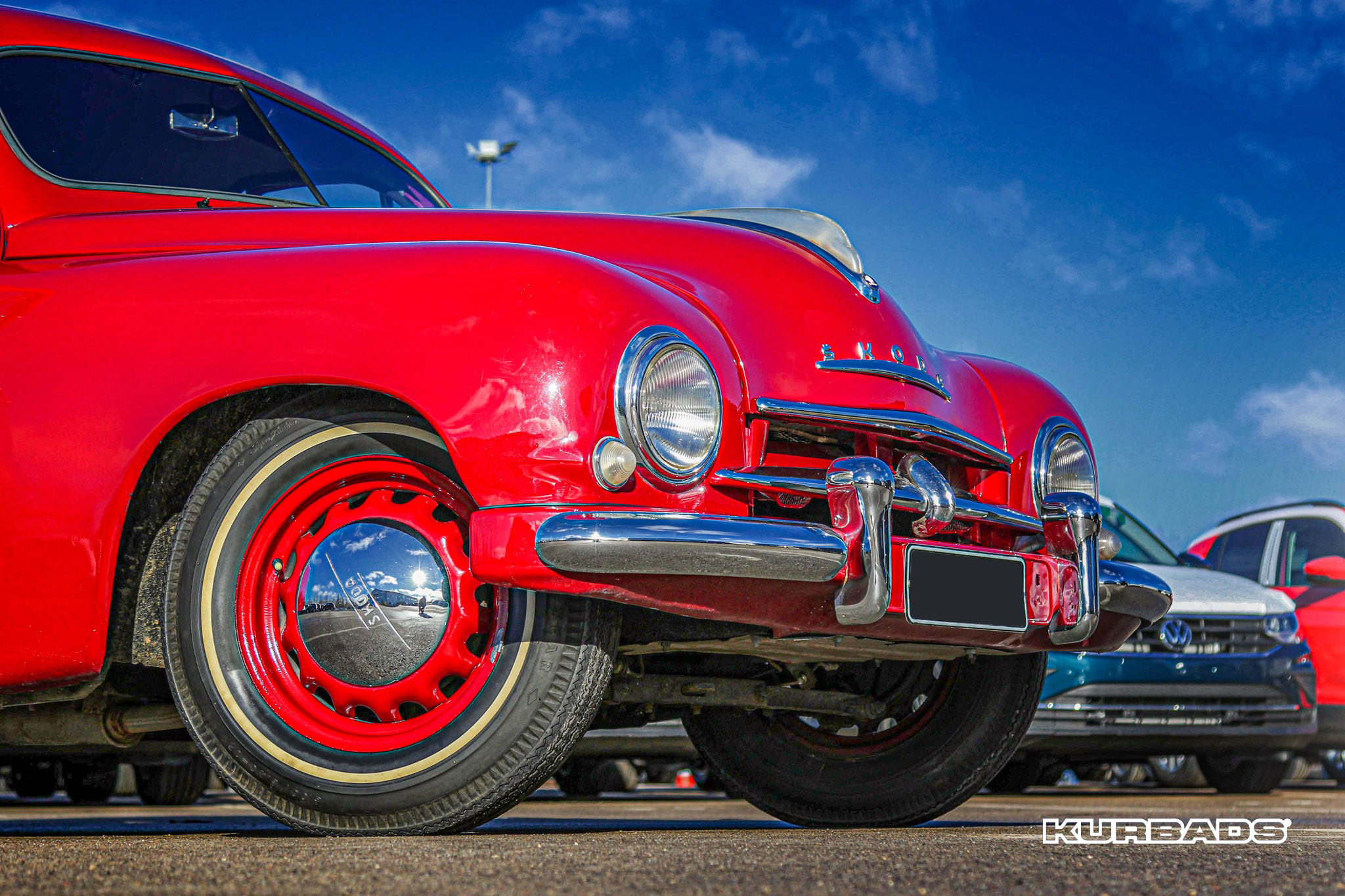 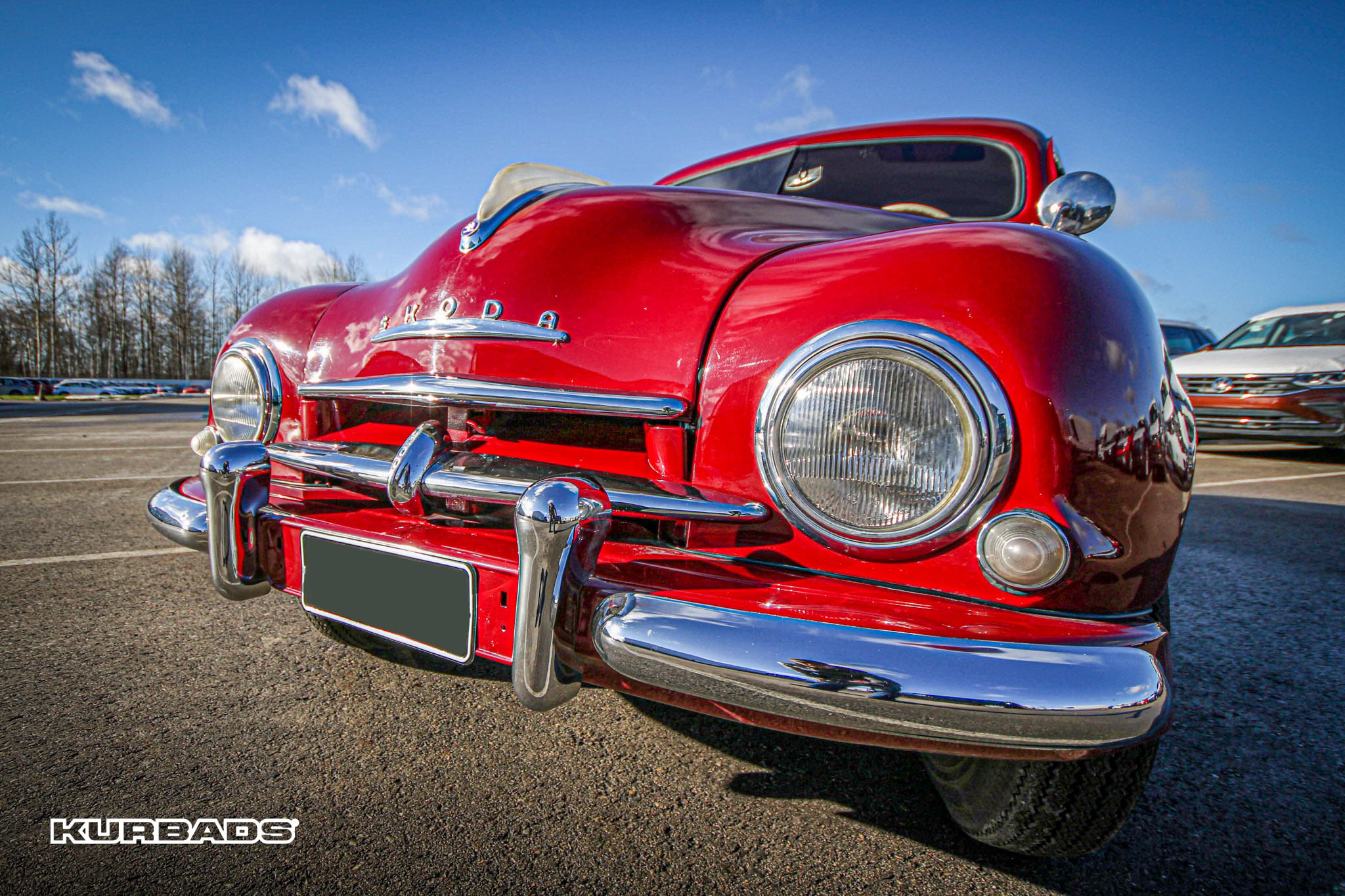 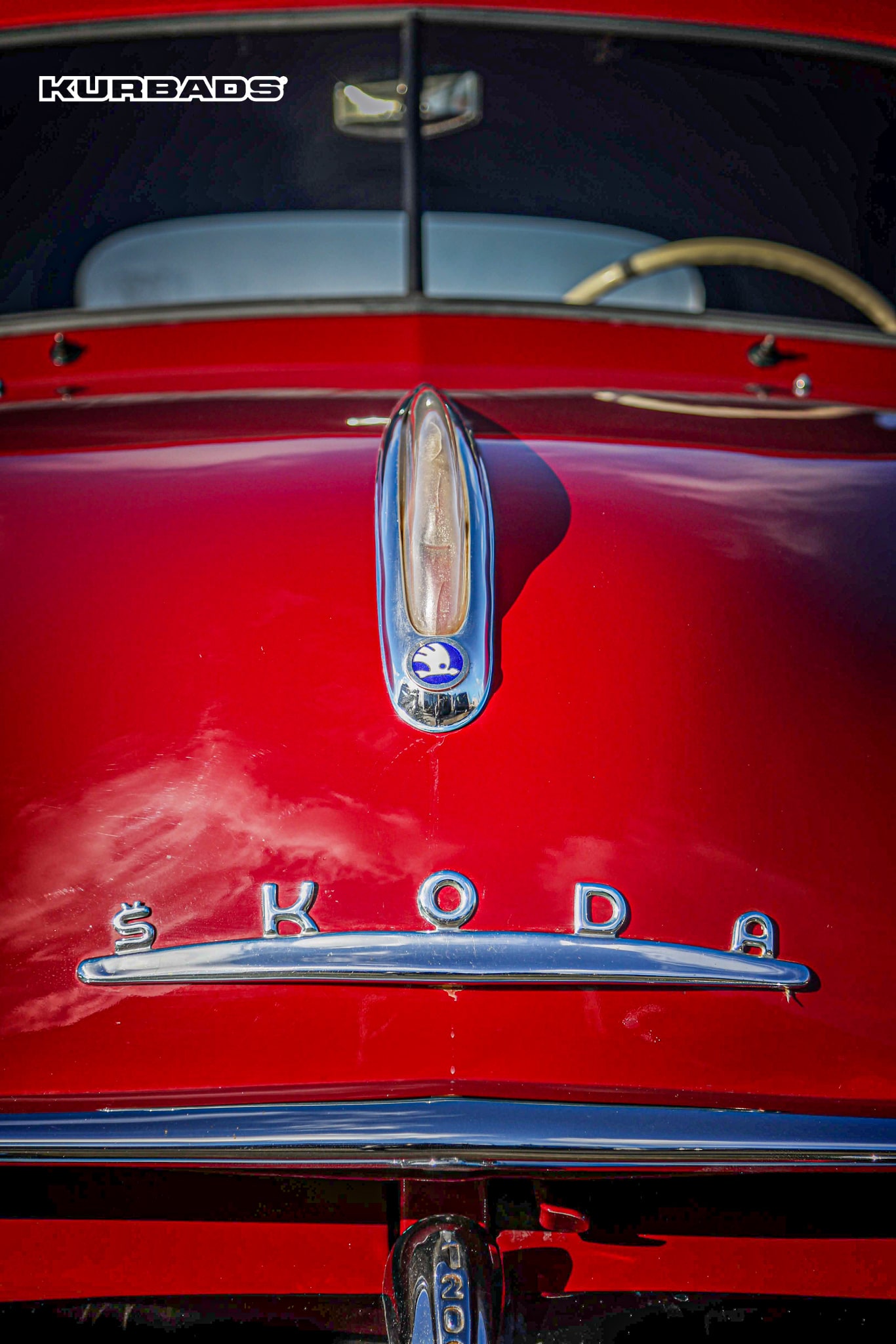 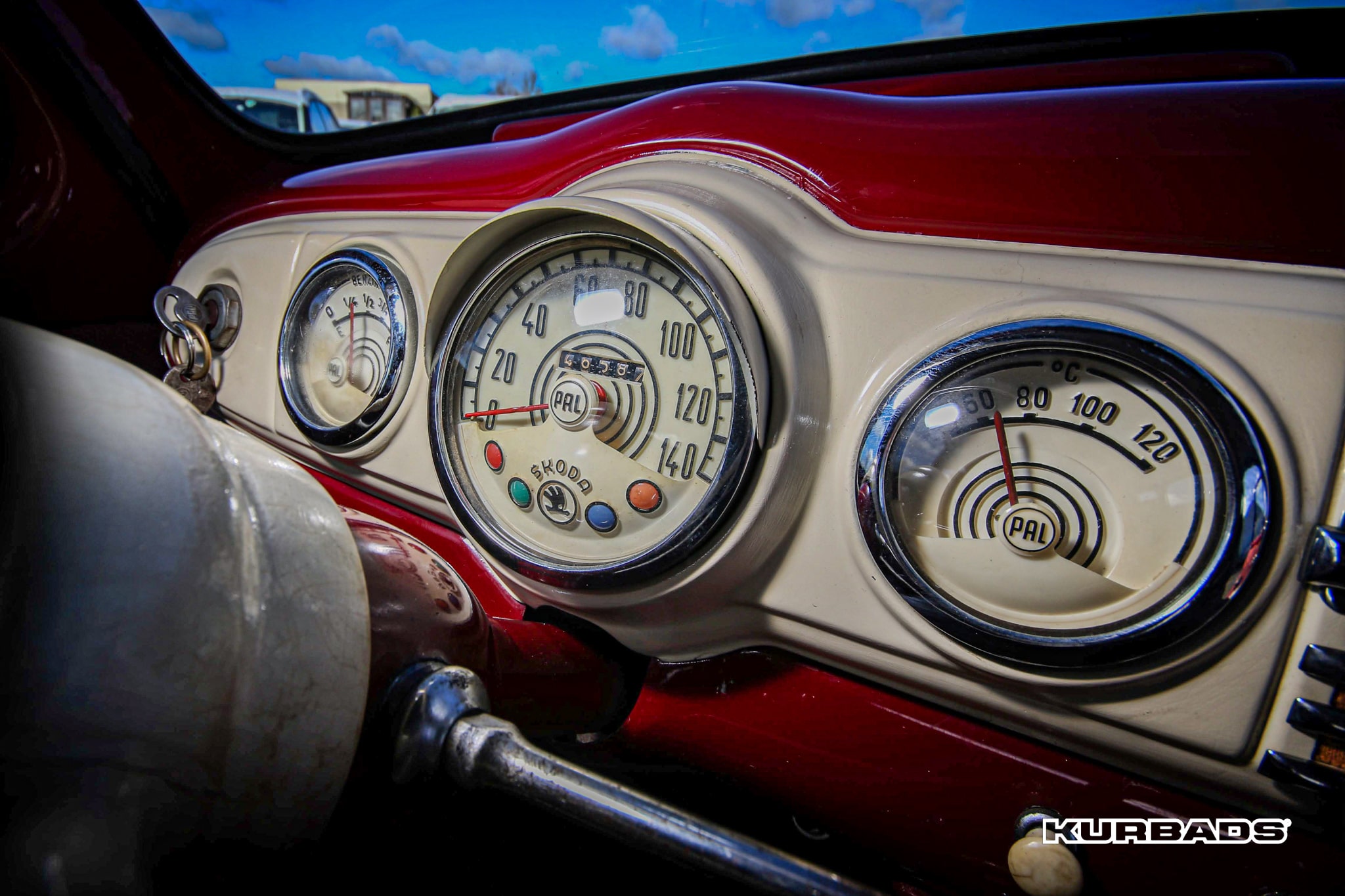 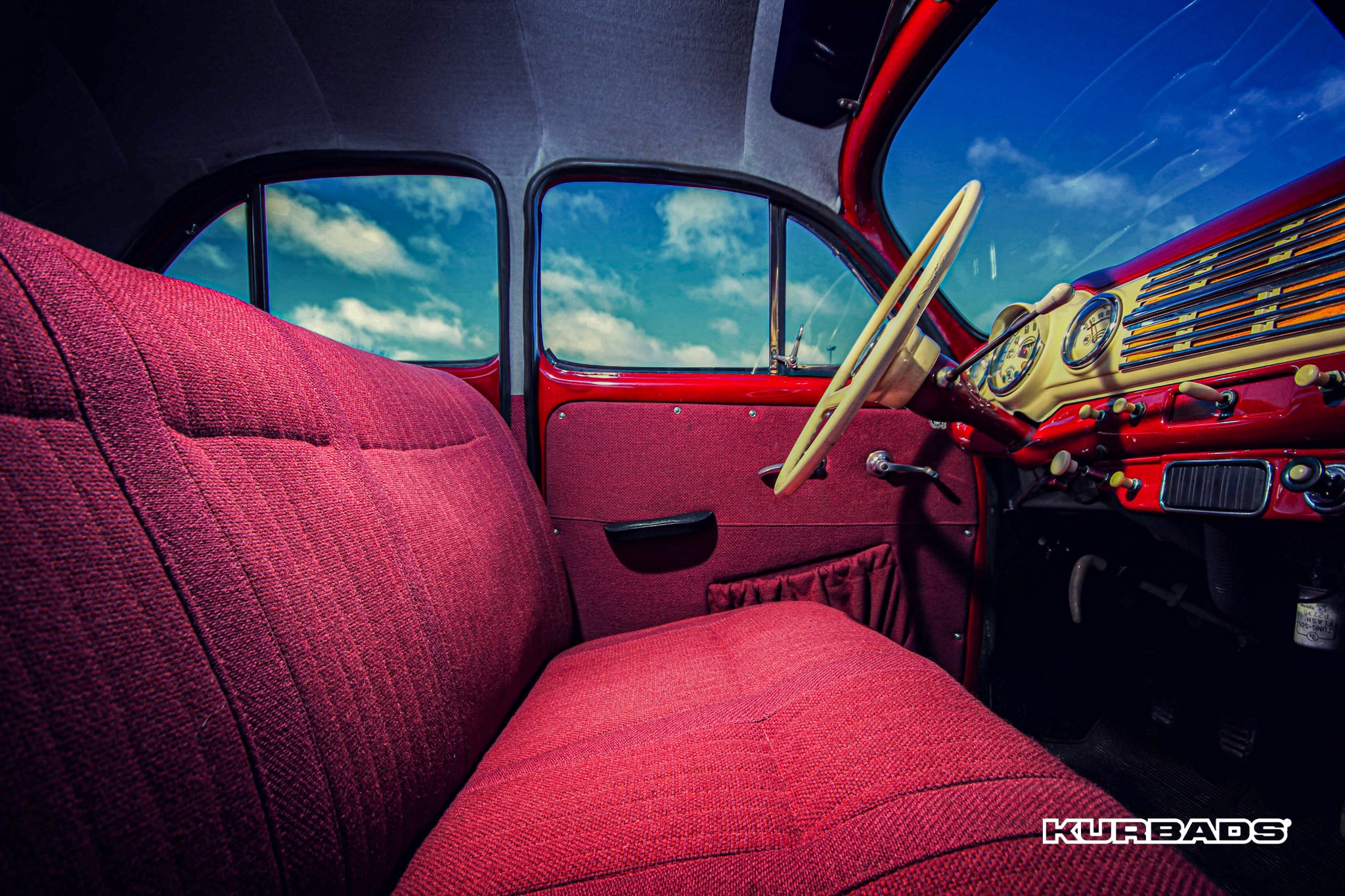 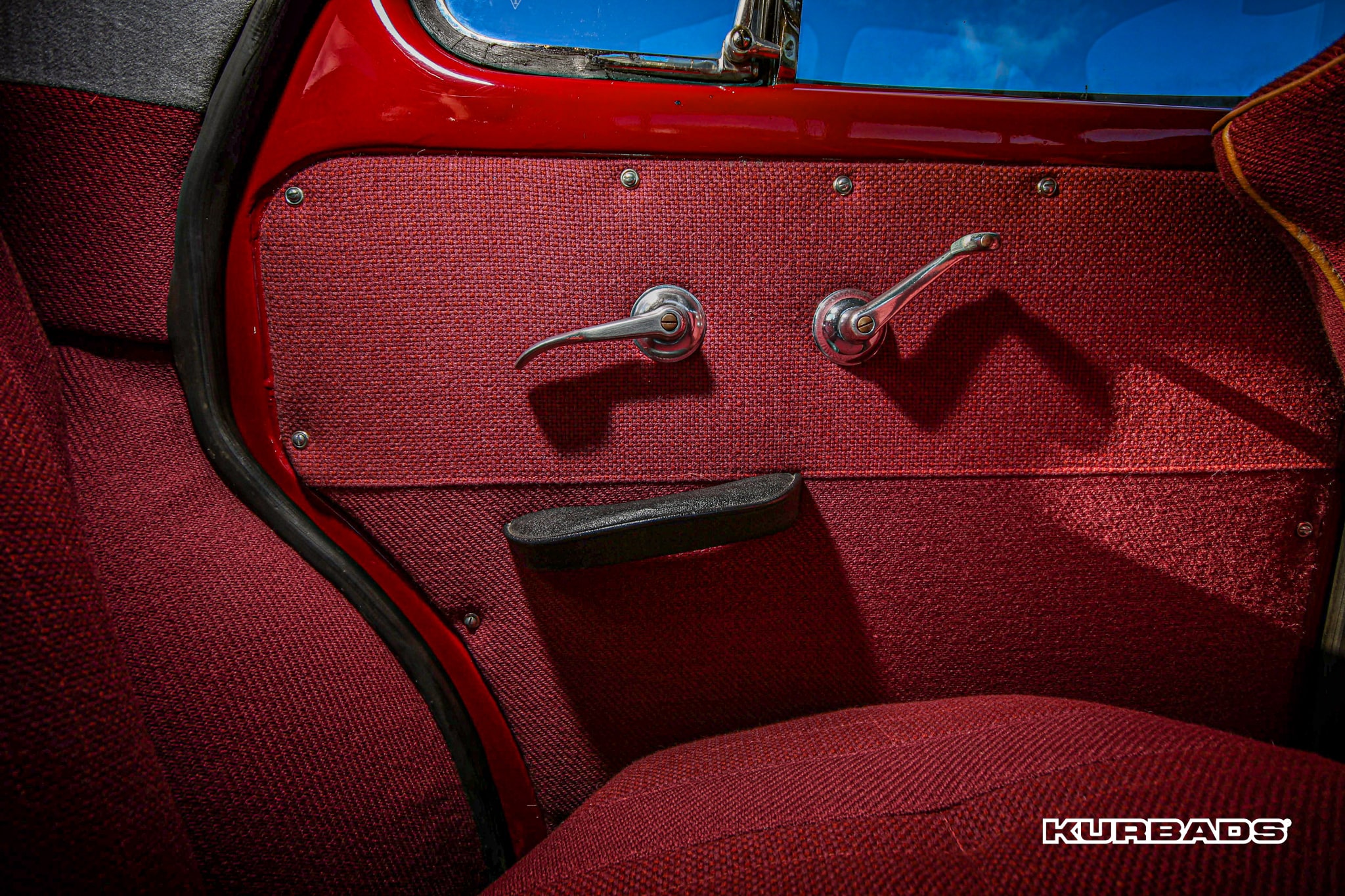